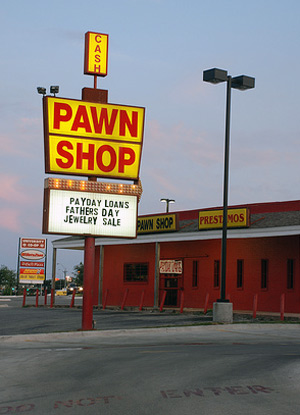 Elizabeth Warren declared war on payday lenders. The state of Utah prepared legislation to modify cash advances and repayment schedules. The Attorney General of New York started a campaign against tribal lenders. It seems that not a week goes by without a news story about a politician, government official, or the “evils” of payday loans, and how they take advantage of borrowers.

But are payday loans really that bad?

The reality is that cash advances are necessary for millions of people in America today, and their numbers are growing every year. If the payday lending industry is really as “evil” as they say, then it is a necessary evil, predicated by a banking system that is content to let millions of families go without banking services.

The Unbanked & the Underbanked

The “unbanked” are Americans who have no bank account, and never use a bank for any reason. They rely on cash and alternative financial services (payday loans, check cashing stores, money orders, prepaid cards) for their finances.

The “underbanked” are people who have one bank account (usually a checking account) but also use alternatives to banks.

In 2009, the FDIC published data that revealed that 30% of American households were unbanked or underbanked. That is well over 60 million adults who either do not, will not, or can not use the banking system.

In 2011, that numbers rose to 28% of households. Thanks to the housing crisis, the collapse of several major financial entities, and the subsequent tightening of credit and lending restrictions, more people than ever distrust banks and want to avoid using them. At the same time, more people than ever are being turned away for bad credit or nonexistent credit.

Having a Safety Net

Imagine it’s a few days before payday, your wallet is empty, and you have a car emergency. You cannot wait until payday. So maybe you have a few hundred dollars worth of credit on your Visa card. Or perhaps you call your parents or your well-to-do uncle to float you the money for a few days.

But what if you don’t have a line of credit, or a rich relative? Then what do you do? Can you call a bank or visit a credit union and arrange a same-day advance on your next paycheck? If you ask nicely enough will they just cut you a check?

The reality is that for millions of Americans, a payday loan is the closest thing to a safety net that they have.

Filling the Void Left by Banks

By offering short-term loans to people with bad credit, banks could crush payday lenders overnight. But they won’t, because these kind of loans are very risky, and borrowers default at a high rate. Instead of taking that gamble, banks will proceed as they always have, focusing on the Haves and ignoring the Have-Nots, yet they will continue to campaign against payday lenders.

But make no mistake, without the banks freezing out tens of millions of hard working people, there would be no payday lending. These lenders arose to fill in the void in the market, and serve the people that banks will not.

If banks did somehow manage to regulate and legislate payday lenders out of business, there would still be 28% of the population who would not use banks. There would still be a large market of people who have jobs and make money, but who have bad credit and also need money sometimes. As long as these people exist, and the banks ignore their needs, there will be alternative sources of lending.

The next time you hear a bank official or a politician rail against payday lenders, just ask yourself what the real problem is. Are payday lenders the issue, or are they just a symptom of a deeper problem? 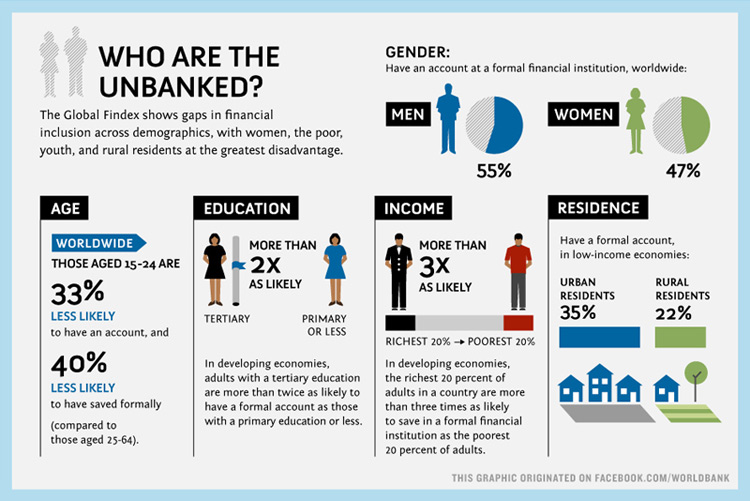