As long as there has been money, there has been lending. But in the long history of finance, payday loans are a very recent advent. From the first payday loan stores in the early 1980s, the industry boomed so quickly and grew so massive, showing how much of a need the banks were not filling. From the streets to the shops to the internet, independent direct lenders have always been innovators in finding new markets and being first to capitalize on them.

To understand how something works, and predict how it will evolve, you must look at it’s origins. Here is a short, but definitive, history of payday lending in the United States.

In the late 1800s and early 1900s, before there were credit cards, if people needed money quickly their only option was to get an advance on their week pay. Very few businesses extended this option their employees. As a result, people turned to “salary lenders” independent businessmen who made one-week loans for much higher interest rates than any bank.

In 1916 the first law was passed to stop this kind of lending. The Uniform Small Loan Law capped the interest rate on small loans ($300 or less) to 3.5% per month. What this did was actually raise the current cap (which had been 6% annually regardless of the size of the loan) in an effort to get more legitimate banks to issue small loans.

Instead of trying to drive all salary lenders out of business, the government simply tried to nudge them out of the way by helping the big banks take over the market. It worked, to some degree, but the salary lenders never truly went away.

The Birth of the Payday Loan

Payday loans as we know them started in Kansas City in the early 1980s, shortly after Congress passed the Depository Institutions Deregulation and Monetary Control Act. This act came in response to rising inflation, and basically overrode all local usury (interest-capping) laws. This paved the way for further deregulation of the lending industry, giving independent lenders the chance to go into business for themselves and set their own interest rates.

These first payday lenders were entering uncharted territory. There was little oversight and even less precedent. Statistics on the earliest payday lenders are nonexistent. They were a “shadow industry” building an empire quickly, but blindly.

By the 1990s, there were still only about 200 payday lending venues in the United States. Quietly throughout the decade, more stores began to open and more money went on the street. By the end of the decade, it was a multi-billion dollar industry.

In the year 2000, there were thousands of payday lenders loaning a total of roughly $10 billion per year.

By 2006, there were over 20,000 lending stores, and the loan volume had eclipsed $28 billion. This translated to well over $5 billion a year in fees and interest alone. 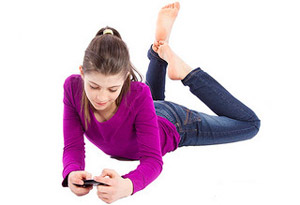 Officially, in 2012 borrowers spent roughly $40 billion on payday loans, but in truth that is probably just a fraction of the real number. Other research indicates that including on-line lenders and companies based outside the US, the loan volume was much much higher

It continues to grow, because people are increasingly weary of the problematic “Big Banks” and joining the ranks of the underbanked. The underbanked are people with only a checking or savings account, who rely on alternative financial services more than a bank. It is estimated that almost 20% of Americans are underbanked – for these people, a payday loan is their only real option for being approved for a loan.

These numbers do not include online payday lenders, who started as a small segment of the industry. That would quickly change.

The banking deregulation of the 1980s was ancient history. The payday business was so large and profitable – and according to some predatory and unfair – that new regulations began to take hold on a federal and state level. Many states placed tight restrictions on short-term direct lenders, and others banned them outright. Still there were others, like Pennsylvania, that introduced their own form of small-dollar loans in order to replace the need for payday lenders.

In response, the industry evolved. Store fronts closed up in many of the restrictive states, and the lenders moved their businesses online. The internet was still trying to figure out how to regulate its own businesses, and payday lenders found a new venue in which to thrive.

The first payday lenders appeared online in the early 2000s and started slowing growing their brands. Some of the oldest sites still in business have been lending money since 2001, but a vast majority of them came and went quickly. Nonetheless, the industry kept growing.

By 2008 online lending had a loan volume of over $7 billion. As the industry became more regulated, and more states became restrictive, the industry thrived. With an online business, a lender could legally lend from their home state to any of the restricted states. Some companies went offshore entirely, yet continued lending to the US.

Thanks partially to the rise of online lenders, payday loans had now gone global.

By looking back at the history, you can see why the “official” figure of $40 billion in payday loans for the year 2012 is just a drop in the payday bucket.