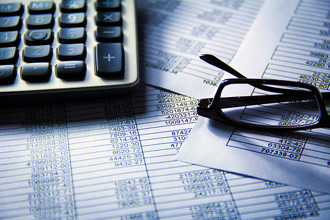 Although the mainstream financial industry would like you to believe payday loans are harmful, new research indicates just the opposite : payday loans can actually improve your credit score. And that’s not all…

A new statistical research study about how payday loans affect the financial well being of borrowers has been released, and is making some waves with its surprising results. According to researcher Jennifer Lewis Priestly (a professor of applied statistics and data science at Kennesaw State University) these oft-criticized loans aimed at lower income individuals are not as damaging as we have been lead to believe.

They can even have a positive impact on the borrowers credit score.

Professor Priestly worked with data provided from three major lenders, all of whom are members of the CFSA (Community Financial Services Association of America, an organization of payday lenders that sets high standards for its members).

Using information from 37,655 borrowers in 7 different states, Priestly sought to correlate the financial data from borrowing and repaying cash advances with rises and falls in the credit score of the borrower.

Her results have shocked payday loan critics who claim that these loans lead to a cycle of debt the borrower cannot escape. Priestly found that extended (or “rollover”) payday loans lead to higher credit scores. Not only that, she found that those customers who rolled over their loans more often saw more improvement than those who borrowed less often.

The Effect of State Restrictions

Borrower histories also yielded another unexpected result – across the seven states samples (Florida, California, Missouri, Utah, Texas, Oklahoma, Kansas) the borrowers who benefitted the most were the ones from states with the lightest regulations.

Each state of the union has its own laws on usury, interest rates, and borrowing. Some states banned payday lending entirely, while other regulate it more tightly and some are more permissive. 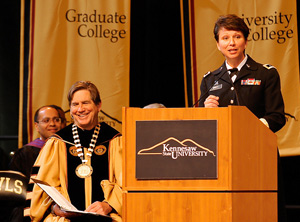 Comparing the data side-by-side showed that in states with more tightened lending laws (California and Florida) the customers had the largest decline in credit score. Texas, the state with the fewest restrictions, gave its borrowers the biggest increase in their credit score.

What is a Rollover?

There is no set definition for the lending term “rollover” but in essence what it means is that when a short-term payday loan is not fully repaid by the due date, it is “rolled over.” Since these loans are designed to be almost immediately paid off, an extended repayment is not considered a longer loan, but a new loan (or a series of new loans) with a new finance charge.

In the context of this study, “rollover” is defined as a borrower who is fully repaid and debt-free for less than two days. So it includes people extending their loans, as well as people who repay their loan only to immediately take out a new loan.

To read the entire paper, and see the data for yourself, go to the Social Science Research Network for a free download.