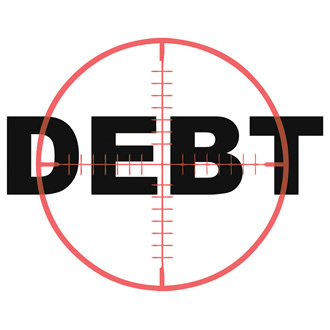 The Chicken Littles of the world seem to all be working for the media. Over the last few months, most people have become inured to the constant headlines decrying to imminent arrival of one loan debt disaster or another.

Student loans are at an epidemic level, threatening the entire economy. Auto loans are being offered to subprime borrowers again, indicating that the “bubble” could pop and destroy the US auto industry. Credit card debt is starting to climb once more. And payday lending is at an all-time high, leading several celebrities to speak out against them.

Is the sky really falling? Of course not. Panic and fear are merely marketing tools, used by online entities to get traffic. Since many people are so deeply concerned about the economy, they use hyperbole and exaggeration to generate interest.

Is Loan Debt Really That Bad?

Let’s take a closer look at the state of borrowing in the United States. To keep it as accurate as possible, here are the raw numbers.

Total debt owed by Americans is roughly $11.74 trillion. (This is not to be confused with National Debt, which is the amount owed by the United States of America)

Americans currently owe approximately $8.24 trillion in mortgages and home loans. This is roughly 70% of the total debt.

The car loan totals have been steadily increasing for the last three years. This year, the debt stands at roughly $770 billion. 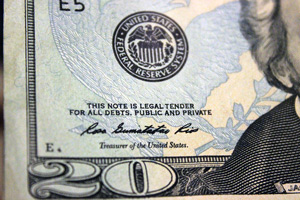 This number is much harder to track (for reasons explained here) but a fairly reliable number to use comes from the Consumer Federation of America, who in 2012 gave the debt total at roughly $43 billion. The real number is probably higher, but $43 billion is a good estimate.

When the subprime housing market crashed, it sent shockwaves through every aspect of the American economy. Today, the mortgage market is still responsible for 70% of all loan debt, which means it is still the biggest potential disaster. Does that mean a calamity is coming? No, by all indicators the market is recovering slowly but surely.

But for pure size of debt, no other market comes close to mortgages.

For all the talk of a “car loan bubble” getting ready to burst, even in a worst case scenario it would not have nearly the impact on the overall economy that the housing collapse did. Car loans are a mere 10% of mortgages, so the people in danger of being effected by a car loan industry collapse are mostly just the people in the car industry.

This is a good way to put the payday loan industry into perspective. For as much vitriol and doomsaying geared towards payday lenders, it would seem that payday loans have a strong effect on the overall economy. In truth, they do not.

Payday loan debt comprises roughly 5 to 6% of all loan debt. When compared to the other kinds of loans, cash advances are just a drop in the bucket.